On July 1st, we had a pre-show workshop on Julius Caesar with Michael Supple. It was a really special class. At the beginning, we played a game to remember our classmates’ name. The game was helpful for teachers who are trying to connect with their students. After that, we played a game about understanding the characters in Julius Caesar. This activity deepened my understanding and I learned more about the characters as I watched my classmates do this activity. 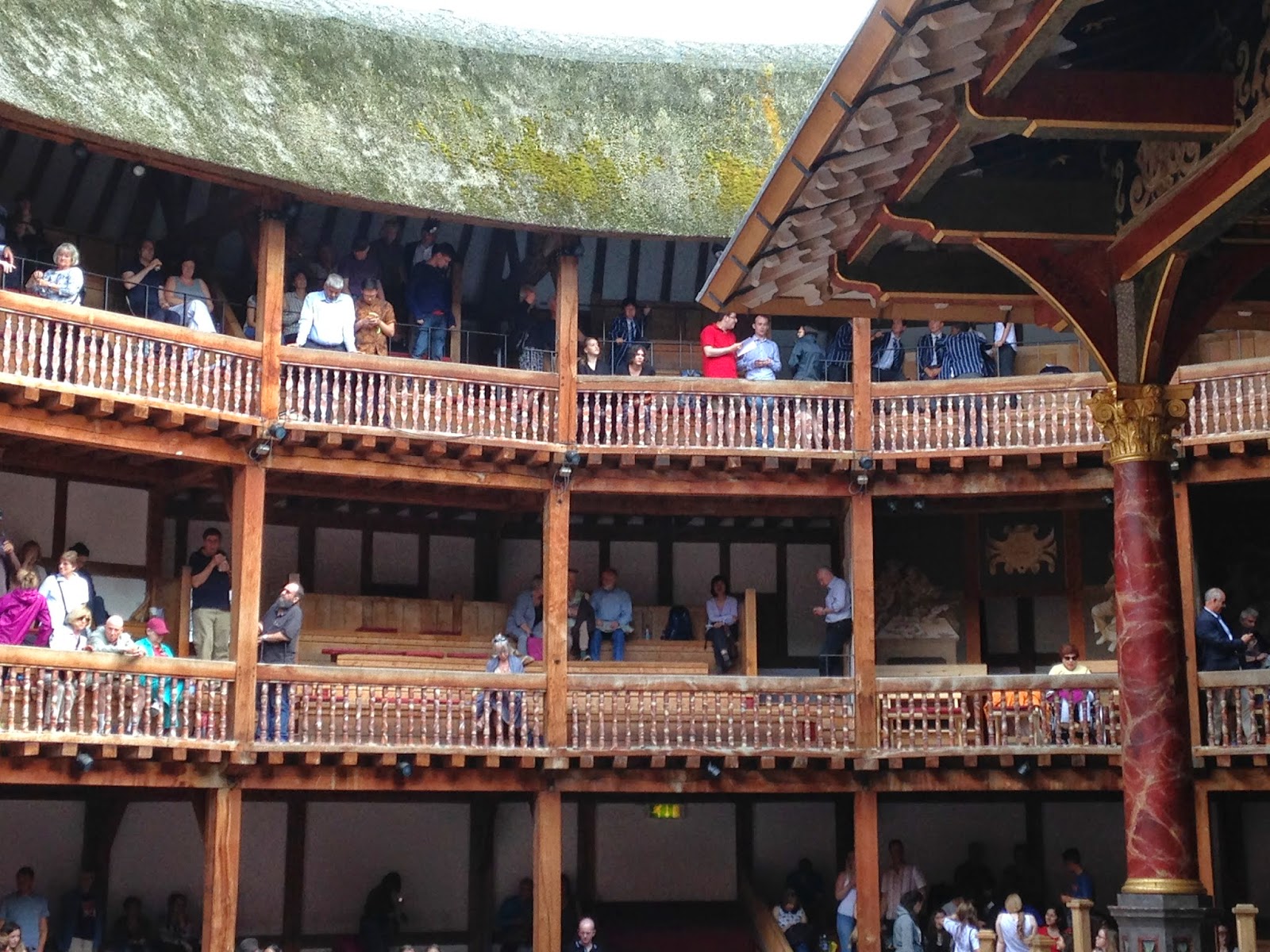 The same afternoon, we went to watch Julius Caesar at the Globe. It was a fantastic experience. I was so excited to be at the theater. It was my first time watching the English drama. Before I watched the drama, I read the script again and again. It was not easy to understand.  The actors had all kinds of expressions to show the emotion of the characters and the music let the audiences know how the plots and scenes changed.

This experience helped me to know that whatever the actors are doing, they focused on the character. At the same time, actors may add some of their own feeling and understanding to the performance. 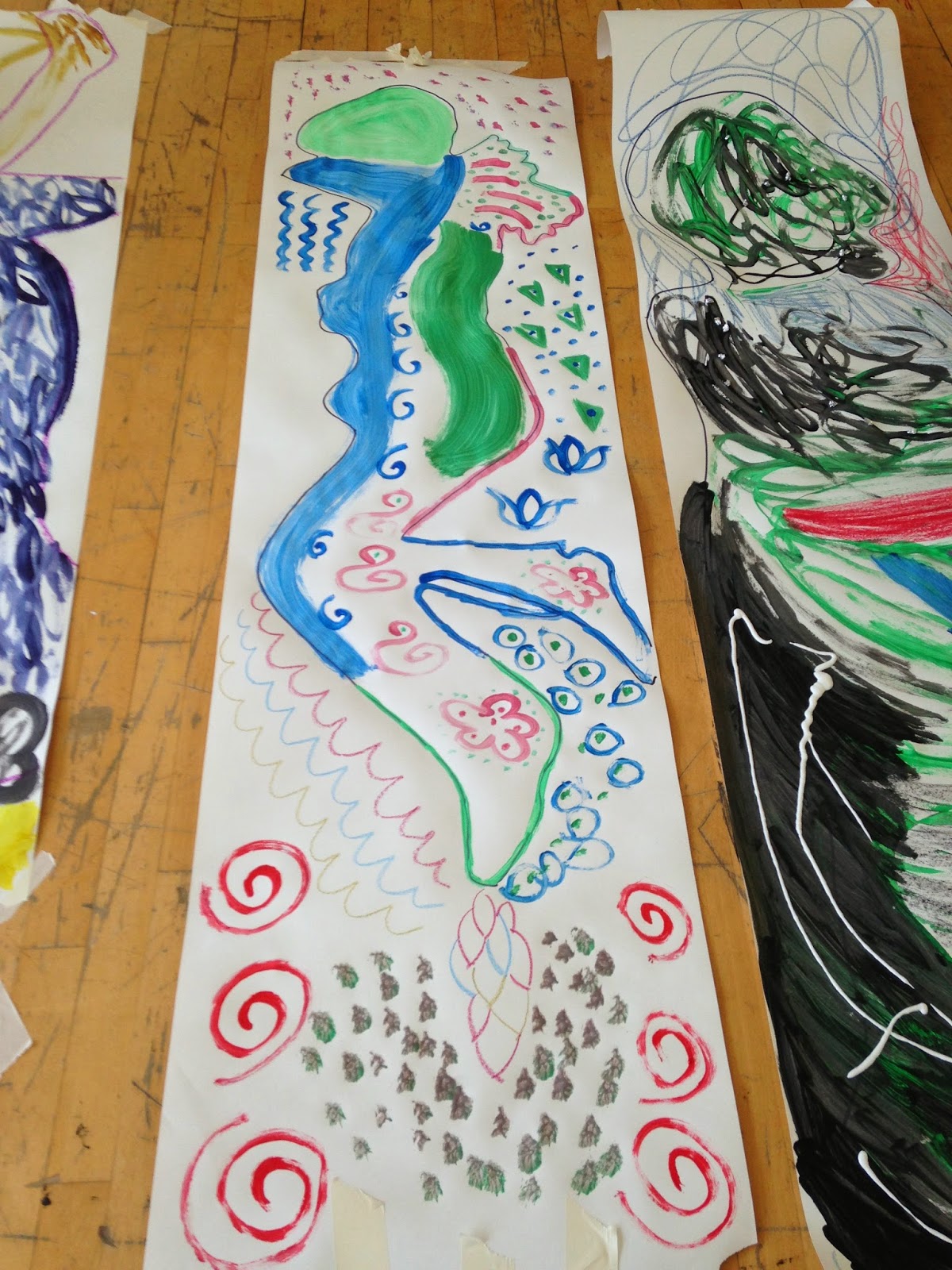 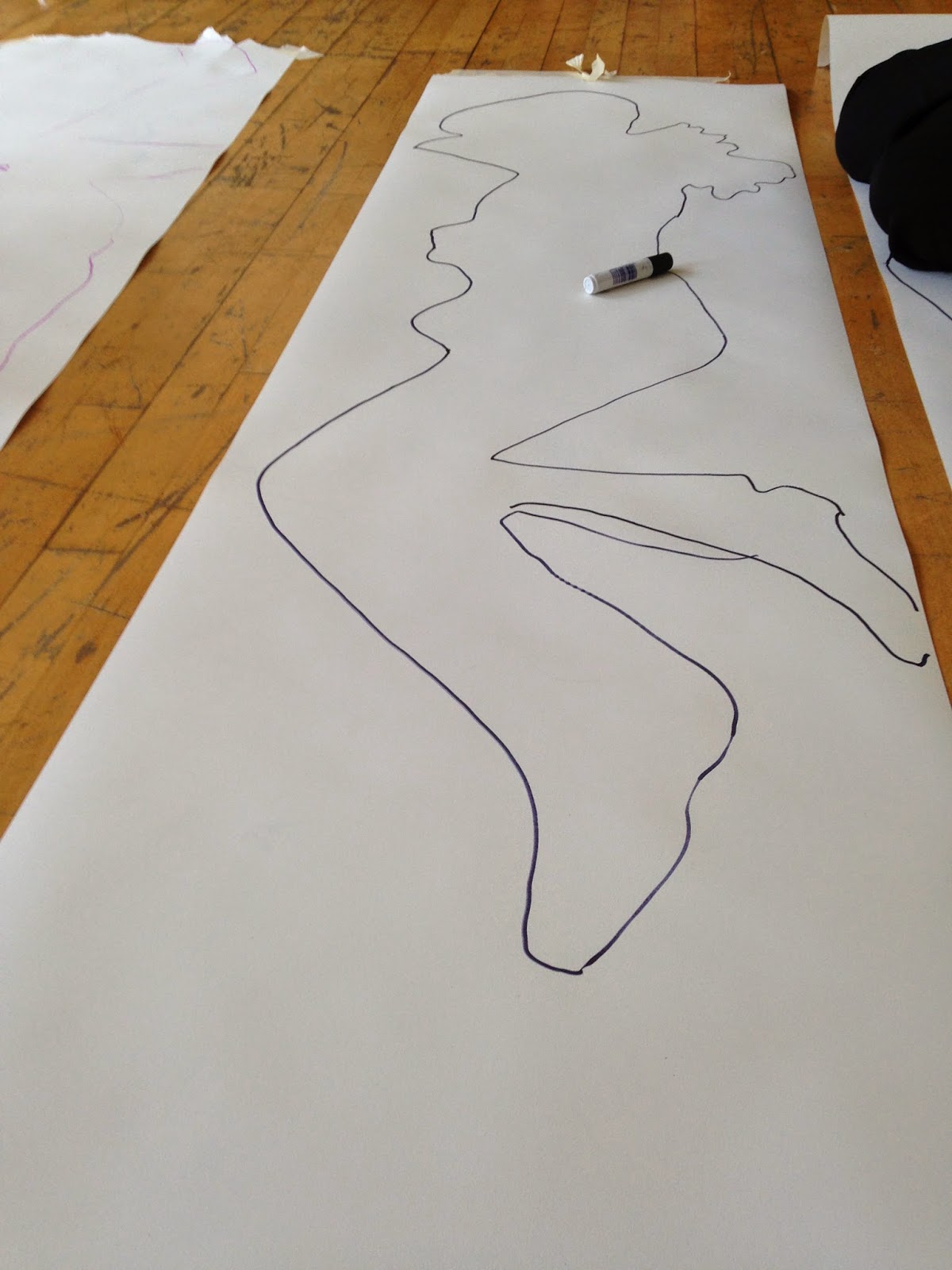 July 2nd, we got up much earlier than usual and took the train to outside London. We had a workshop with Jeremy Harrison. I had a lot of fun in his class. He shared a lot of ideas with us. All of us drew a picture during the workshop. I have not drawn such a large picture since I graduated high school. I didn’t want to stop drawing the picture. During the process of drawing, I remembered some sweet childhood moments. 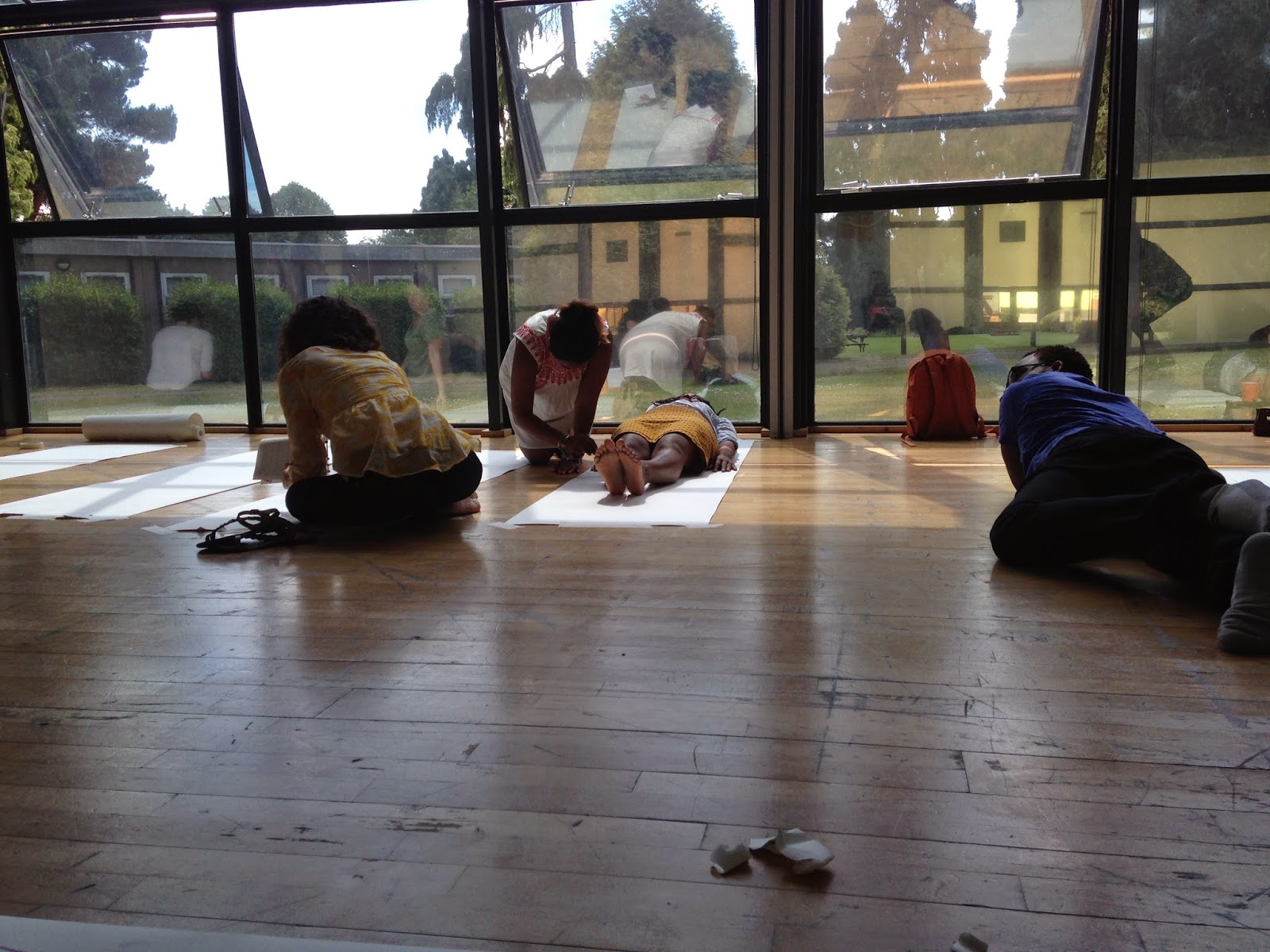 On July 4th, we had conversation with Oily Cart and watched the show. It was my first time experiencing s show like this one. The audience were special needs kids who were placed in swings (see below).  They felt comfortable in the swings. The actors used music, expression, and action to help the children engage in the games. It was very lovely. The show could help children discover more beauty in our world. They could dance with the actors, sing together and communicate with each other. 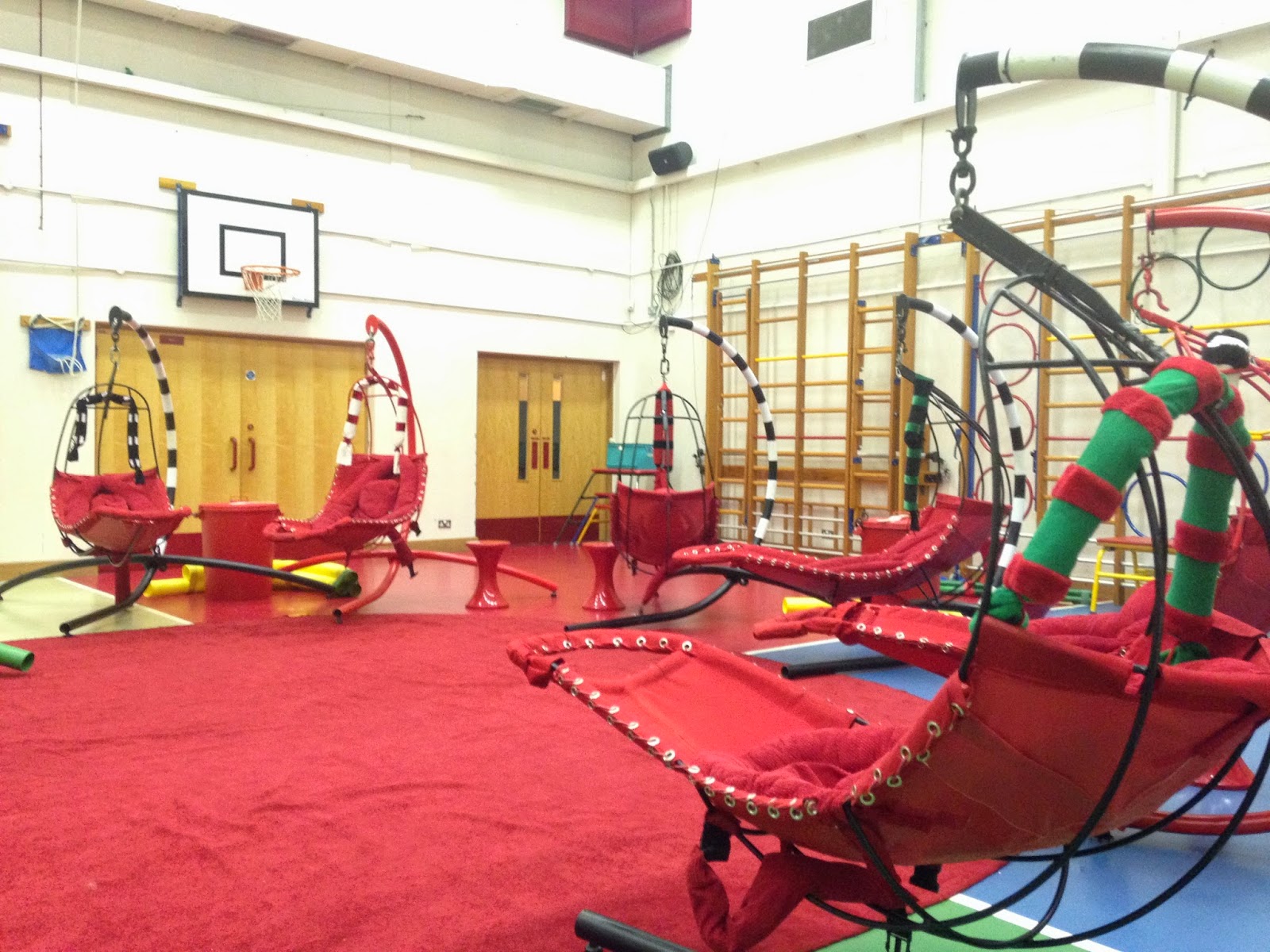 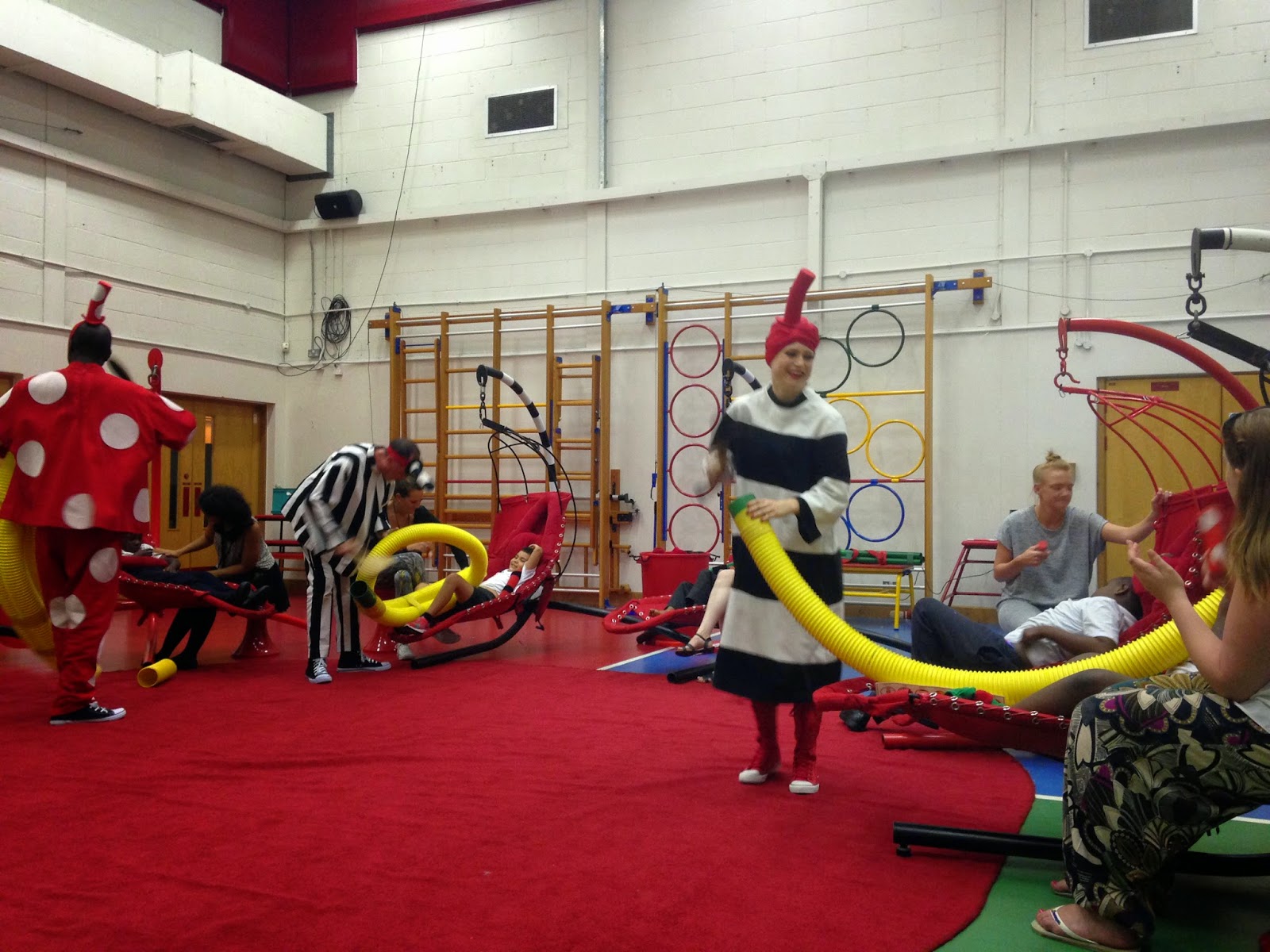