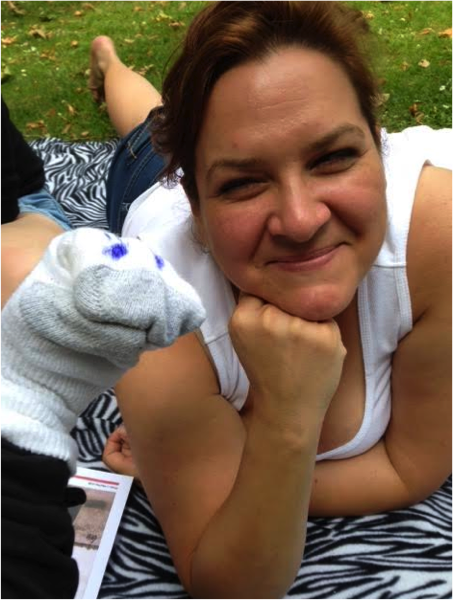 Welcome to your fortnightly review of all things theatre.  I’ve been hitting the pavement to interview the most insightful minds in theatre criticism and theory, and this week I’ve got such a treat for you.  A group of young, terribly good looking students from America share their thoughts and experiences after a whirlwind of London dramatic performances.  Here is what these Yanks have to say. 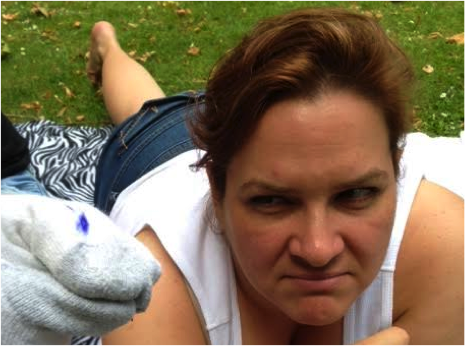 Young Texas is gulping down English culture like a fine Somerset cider.  Her favourite performance thus far is a raucous rendition of Julius Caesar at Shakespeare’s Globe, Southbank.  Her first experience at the seminal institution was a moment she is unlikely to forget. “When I walked in, I almost started crying, because my dad loved Shakespeare, my grandpa performed Shakespeare and studied his works in academia. I have such an emotional connection with the Globe”. Strong words, indeed. Sensing a keen intellect, I probed further, and found that I had quite worn out my welcome and went in search of a new interview subject. 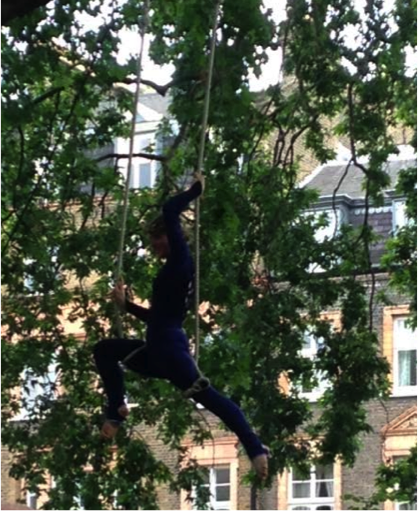 It was a lovely day in Russell Square Park; I passed by a chance performance of Much Ado About Nothing put on by Royal Academy of Dramatic Arts in a 1920’s theme. I stopped for a moment and took a seat in the grass to enjoy the music, comedy, and acrobatics by some sort of tree nymph. 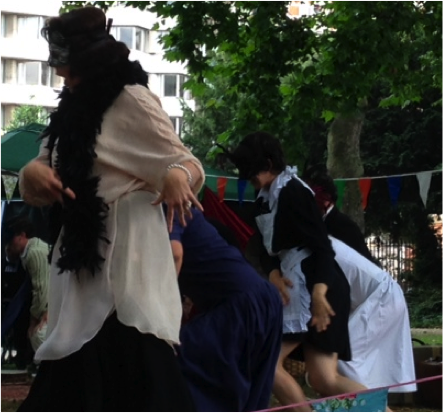 During the intermission, I happened across some more of the American theatrical gurus and gained valuable insight. 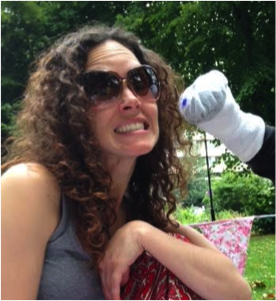 Meet Crystal (left) brilliant music teacher with a voice like the morning lark. Crystal was fascinated by a West End production of David Hare’s Skylight, particularly the nonstop stage business. “All the cooking and cleaning” drew her right in.  (Below: a close-up of the set) 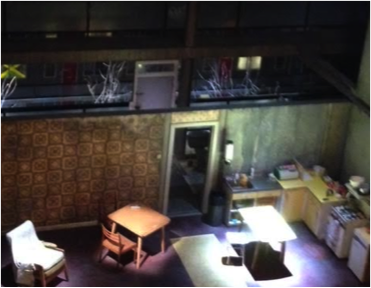 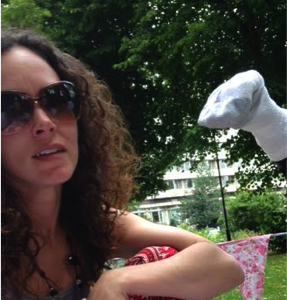 Her favourite space: Shakespeare’s Globe, though the perspective this visit from the stalls was quite different than standing as a groundling many years ago.

When I inquired about Crystal’s age and the time that had elapsed between visits, she too became uncharitable with details, and so I carried on.  Was it something I said? 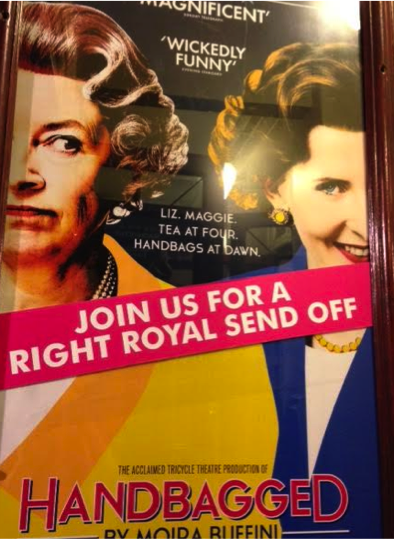 Sparkplug Christina was next to offer reviews on Handbagged, a show that pondered the question “what the bloody hell did the Queen and Maggie Thatcher talk about over tea?” Oh, to be a fly on that palace wall! 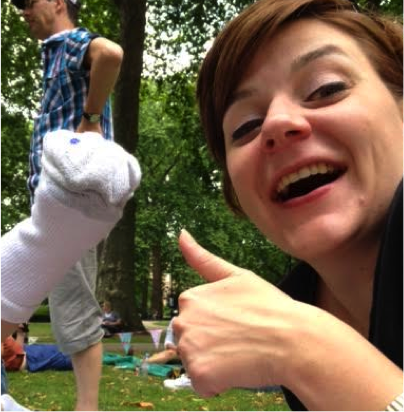 Christina appreciated the strong female cast, and further commented on parts I and II performed by the Royal Shakespeare Company in Stratford.  Apparently those nosebleed seats provided a unique angle of the heads of actors.  She’s looking forward to Julius Caesar Inside Out coming up.

After a long day interviewing and offending in all corners of London, I relaxed with some DaY dream believers at the top of the Tate Modern with a champagne. 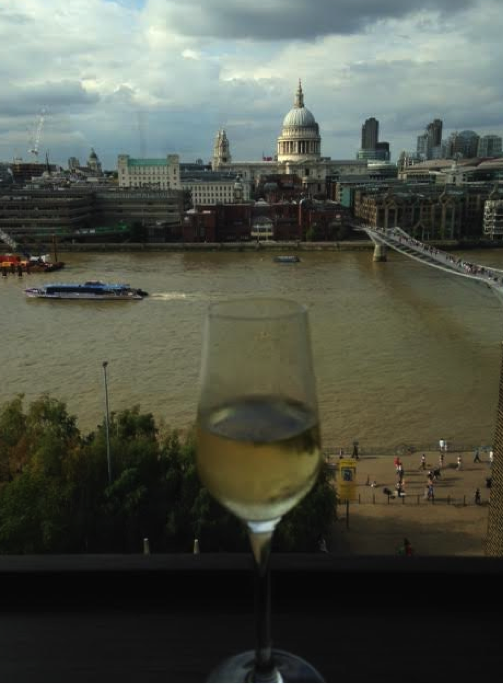 That’s all for this edition of Theatre Fortnight in Review, and here’s to hoping that I won’t be accused of being “all mirth and no matter”.